The gift of purpose

It’s been a year to remember for all of us. Nothing on those innocent sunny days of early September 2019 would have prepared us for what was to come. We were, and always are, on the whole, better off not knowing – although, there have been aspects of lockdown that would have been more manageable had I known to get things sorted before mid March (like a haircut, dentist appointment for the kids, an impromptu city break somewhere, spending time marvelling at what a wonderful gift human contact and human interaction is…). Had I known what was around the corner, would I have chosen to do anything differently? Maybe I could have spent more time with my parents when I had the chance, possibly I could have done more to source the finer things in life that Amazon doesn’t deliver, maybe I would have been to more restaurants. On balance, however, I don’t think that any of those things would have improved my overall experience of lockdown.

Life is a story of twists and turns.

The story that caught my eye this week was that of Jessi Combs who has been awarded the record for the fastest land speed by a female driver. Jessi died achieving this record aged 39 in August 2019. A little research online reveals Jessi as passionate about her work, absolutely determined, keen to lead and inspire. She accepted the risks that were associated with her ambitions and in the wake of her death would have probably been moved by the outpourings of love and respect for a life lived well.

My uncle was an actor on the stage for 45 years. A totally different human being, living in a totally different situation and place. His story, nevertheless, shares some similarities to that of Jessi. He was absolutely devoted to his profession and gave of himself in every performance he did. In my country he is renowned primarily for the unrepeatable roles he played and characters he embodied and only secondary to that the awards and recognition he received as a result. In private he was as great a presence as he was on stage and I often wondered where his characters ended and where my uncle began. He drove through life at a metaphorical 550mph and nothing stopped him from devoting himself to his work and his audience. During the last ten years of his life he had fallen off stage and was left paralysed, subsequently learning to walk again only months later whilst in his early 60s. He fought and kept cancer at bay three times and finally succumbed to it at the age of 72. He had visited the UK for what, as it turns out, was his last guest performance in April. His last time on stage was in July. He died in September. By the time I last saw him, he was barely a physical shell of the uncle I knew – he had had his stomach removed months beforehand and was living off tiny morsels of food and large slices of life. He still sparkled and joked like he had always done, surrounded post performance by countless adoring fans, having spent over two hours on stage, weaving and delivering an intricate story of intrigue and deceit, with just one supporting actor in tow.

Thinking about Jessi and my uncle, particularly viewed within the context of recent times, is humbling for me. They both fought and persevered to do the thing that they loved at great physical and personal cost. But they did it because they loved what they did and because it gave them purpose. It meant that the end, when it came, although tragic, framed their stories beautifully.

If asked, most people would not associate the pursuit of purpose with modern-day education. For many it is about learning facts and processes, developing technical and interpersonal skills, expanding horizons. And yet, the discovery of purpose in our lives is what drives us towards fulfilment. We admire and revere those who have found purpose for they are our leaders, our role models, our record breakers, our heroes. They have found something worth living and fighting for. But if education is to be more than purely transactional, then surely space should be made to find purpose or at least to learn how to seek it and appreciate the benefits of finding it.

The journey to finding personal fulfillment comes from an understanding of oneself; strengths, weaknesses, likes and dislikes, who we gravitate towards in our friendships and what we seek out to fill moments of loneliness. It comes from developing a sense of self through taking on responsibility, making decisions, knowing that you have a voice and that it is worth hearing. Purpose is a seed that germinates and grows in the right environment, it is fragile in its beginnings and needs a huge amount of nurturing and encouragement to grow from a wispy stem into a sturdy, unerasable foundation. As educators and parents we play an absolutely vital role in helping our children discover this within themselves and relies on a huge amount of patience and understanding – not dismissing what might appear as whims and flights of fancy but instead giving such ideas life and direction.

Admittedly, this is not an easy thing to do. Jessi’s partner Terry said the following after her death: “That was to be the last time she ever got in that car..It has tore me apart that all I had to do was say let’s go and we would have left before that run”. Similarly my aunt and my mother despaired at my uncle’s incessant battles with doctors, the fact that he signed himself out of hospital on a number of occasions, the fact that he refused to take a break. Not to mention the much earlier lamentations of my grandmother who had hoped that my uncle might see sense and become a lawyer. I am glad that none of them succeeded in dissuading my uncle from his purpose and I know, whether they admitted it to themselves or not, they were exceptionally glad also.

The gift of purpose found and a life well lived is the biggest we could possibly offer to the young people we love and care about. 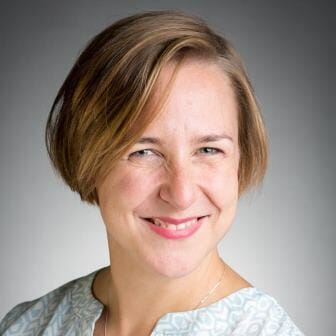 This week’s newsletter for Rossall Nursery, Pre-Prep and Prep School. Message from the Preparatory School Headmaster Dear Parents, I am sure that you will have seen the fantastic achievement of...

In Praise of Architectural Brutalism

During the first lockdown there appeared to be a collective desire to recalibrate or to go ‘back to basics’. Investment bankers suddenly realised that they had missed their true vocation...