On leaving Rossall, he attended Christ Church, Oxford. He then went on to become a barrister, called to the bar by Middle Temple in 1934. He was vice-chairman of the Inns of Court Conservative and Unionist Society and was made Queen’s Counsel in 1955.

Derek was created Baronet of Broxbourne in the County of Hertford in 1960. On 21st September 1983, he was elevated to a life peerage as Baron Broxbourne. 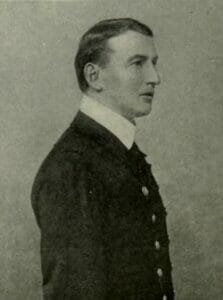 A response to Cambridge University’s plans to place lectures online

Every day we are deluged with information and misinformation emanating from the world’s media. Yet, arguably, nothing has matched yesterday’s excited flurry of announcements regarding Cambridge University’s decision to place...

Planning for the future

The government has made it clear that schools should prepare to partially reopen their doors on Monday 1st June. Other than for the children of key workers, the only year...

Here is today’s assembly featuring the winners of our poetry competition. There is a message from Mr Quartermain; Ms Porovic commends our remote learners of the week; and siblings, Eleanor...